Duik can re-create any TVPaint camera animation in After Effects.

Once the camera has been imported, you can copy/paste its animation on a camera created with the 2D Camera tool of Duik: 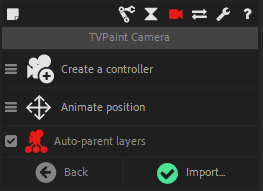